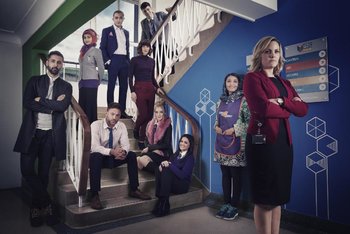 Ackley Bridge College is the swish new academy school set to end the segregation of the titular Yorkshire valley town’s White and Muslim populations, or so everyone hopes. Lifelong besties Missy and Nas find themselves attending the same school for the first time, but they as well as the other students and staff soon find that bringing the communities together will be far from easy.