Series / About a Boy 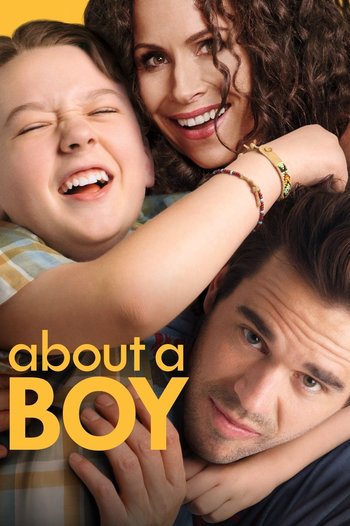 A television adaptation of About a Boy by Nick Hornby, the show follows Will Freeman as he forms a friendship with Marcus, the precocious kid who moves in next door.
Advertisement:

Fiona, Marcus's mother, is a Granola Girl who doesn't initially appreciate living next to the red meat-loving Will or the fact that her son is spending so much time with a grown man. But she comes to appreciate (often grudgingly) that Will provides a masculine influence to Marcus that she can't provide.

Also featured are Andy and Laurie. Andy is Will's best friend and is constantly trying to get Will to grow up and settle down while occasionally yearning for the freedom he had in his youth. Laurie is Andy's wife and she and Will tolerate each other, at best, for Andy's sake.

The pilot incorporated elements from both the book and the film adaptation before the rest of the series moved onto original storylines.