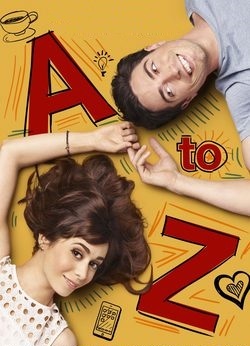 A to Z is a sitcom series from the fall 2014 season about Andrew Lofland and Zelda Vasco and their relationship. The narration from the first episode says they dated for "8 months, 3 weeks, 5 days, and 1 hour" and the series is a detailed documentary of their relationship. A digital preview of the first episode was released. The series was canceled, meaning only 13 episodes were produced.