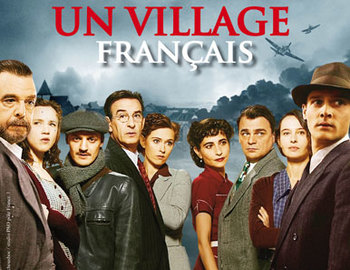 Produced by France 3 from 2009 to 2017, A French Village (original title "Un village français") is a French series.

It follows residents of the fictional town of Villeneuve in the Jura region of France during World War II, with the country being under German Occupation. Residents deal with the struggles of life under occupation, choices whether to collaborate or resist, shortages, corruption, interpersonal conflicts, antisemitism and brutality from both sides.

It aired for seven seasons, with the series covering events from prior to the occupation until after the liberation.

A French Village provides examples of: