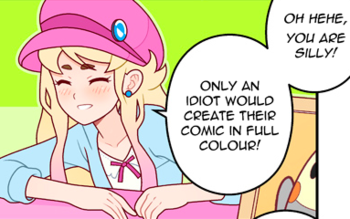 Their print comic, at least.note Image

by Louistrations. Used with permission.