Self Demonstrating / The Thing 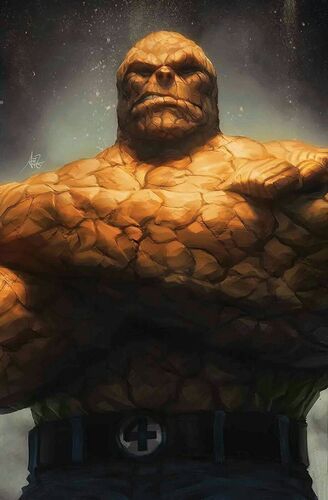 (for full effect, read it in the voice of Chuck McCann, Michael Chiklis, Gregg Berger Fred Tatasciore, or Dave Boat)

I am Ben Grimm, or as people call me "The Thing". I am part of the Fantastic Four and I like to clobber enemies! After the Merc with a Mouth, the big green guy that steals my thunder, Grimace, Vic and Wolvie have their own Self-Demonstrating pages on TV Tropes, it's time to have a page of my own!

The stuff I appear in: