Lapis is the Blue Rose, a Legacy Character who acts as a Phantom Thief that steals from corrupt individuals, only to seemingly return what she takes. In reality, she has a Master Forger make replicas of the stolen goods (who happens to be the previous Blue Rose) which she places. This is because the objects that she steals originally belonged to others who can't afford to legally get them back. She uses French words like "non", "adieu", and "au revoir". Her decision to become a Phantom Thief happened because her parents were corrupt and greedy people who auction stolen goods as a business, making them the exact kinds of people that she'd target. Lapis also lives a double life as an opera singer who had an entire event where she sent a Calling Card saying the Blue Rose would kidnap her (since no one in the event knows her Secret Identity).

You better believe she is. She isn't even implied to have failed a single heist in the past, and even when she's seemingly cornered, Lapis escapes with her treasure. In her adventurer story, she kidnaps an innocent girl who's the key to unlocking an ancient weapon that attacks her and the main characters, The Hero Euden and The Big Guy Ranzal. They team up to defeat the weapon, and get back to the man who was going to use the kidnapped girl to take and sell the weapon. Lapis uses her skills to disguise Euden as the girl, getting incriminating evidence out of the man and arresting him. The story ends with Euden and Lapis on friendly terms, with the latter saying he can call her anytime.

Is he a Bitch? Too much?

Lapis is a thief, and her heists have made her a wanted criminal. At the end of the story, when Euden asks her to turn herself in, she refuses and leaves with a smoke bomb. Her crimes have caused the current owners of the stolen goods to panic in fear of being screwed over due to their businesses being seemingly endangered. The fact the she was given the option to turn herself in means someone out there doesn't approve of her actions. She's also opposed the heroes at least once in her life.

While you could argue that she's ultimately harmless, a criminal is still a criminal, and she acknowledges that doing things the lawful way won't yield results, so she admits to being shady and unlawful, while no less successful and stylish.

Easy keeper here. Beautiful, smart, and a Master of Disguise, Lapis leaves her mark on Dragalia Lost as someone who sends Calling Cards should.

I've come up with a few new ideas for potential Gods:

When we first see him, Petelgeuse is about as Ax-Crazy as you can get. During Arc 4, he's revealed to have been normal and possibly even a Nice Guy. It was taking a special power called the Authority of Sloth that slowly corrupted him and an Accidental Murder that made him go over the edge. The scene ends with him doing an Evil Laugh as he leaves with a Greater-Scope Villain.

He can trap you in a mental world full of your great desires, but it's all a trick, and he's done it in the past and in the main story.

Even though she jokes around a lot, Magilou is actually really depressed. She only works with the party because she has nothing better to do and is Desperately Looking for a Purpose in Life.

He dual-wields a pair of Kukri knives and hardly ever uses the sword on his back. Despite this, he's strong enough to be The Big Guy of the party.

Advertisement:
ascended Gods
Lora, Eizen, Sephiran, Malos, Yune, Ashera, Mista, Abbachio* these two used to have their own tropes under Weapon Wielding and Regret for Inverse Law of Utility and Lethality and Tragic Mistake, respectively, but now Bucciarati's Gang shares a trope, Eleanor, Artorius Collbrande, Haze, Ulquiorra, Brighid and Aegaeon, Laphicet* Keyblade 333 had already started this one and was a good way in before he offered it to me (he already had 1 thumbs up, but I was giving so much feedback that he gave it to me), Mirelia Q Melromarc, Erik, Ryoken Kogami/Revolver, Grimmjow, The Luminary/Eleven, Edo Phoenix, the Heron Laguz, Stein
reworked Gods
Bass.EXE
them
Miroku and Sango, Co-Gods of Secondary Romantic Pairings 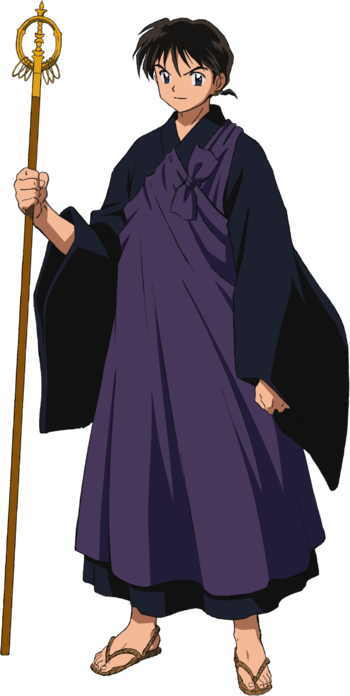 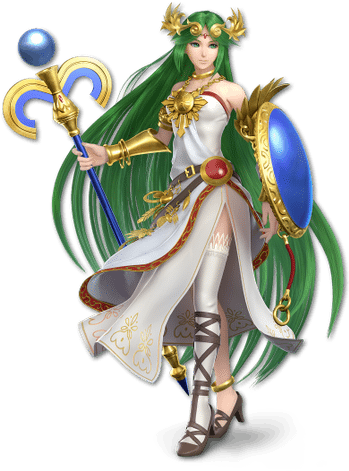