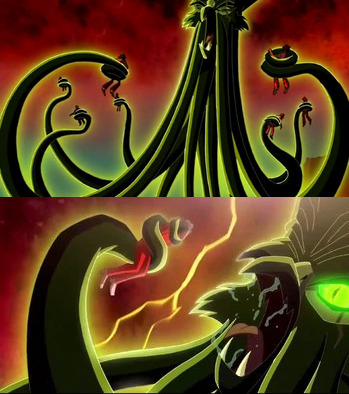 "So come now... Children of Nibiru! Be strong, and set your master free, so that I may bathe this world...in fire!"
"There is only darkness for you, and only death for your people. These ancients are just the beginning. I will command a great and terrible army... and we will sail to a billion worlds. We will sail until every light has been extinguished. You are strong, child. But I am beyond strength. I am the end."
— The Lich to Finn, Adventure Time, "Escape from the Citadel"
Advertisement: