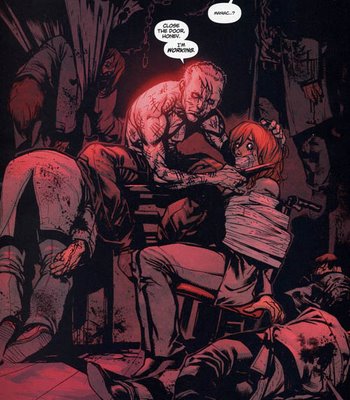 "I have no dysfunctional family background. I suffered neither childhood abuse nor trauma. (Mr. Zsasz) kill(s) for one reason only...Because (he) choose(s) to."
"I have been witness to genius in the area of this criminal endeavor...The kidnapping of the mayor. The crippling of the city on numerous occasions. Oh, and my glorious abduction of the commissioner and his daughter. MASS MURDER, MAIMINGS, TORTURE AND TERROR! I'VE DONE IT ALL, LADY! YOU'RE LOOKING AT THE EINSTEIN OF CRIME!"
—The Joker: Devil's Advocate
Advertisement:

Batman's Long Runner status and the massive size of his Rogues Gallery mean that he has faced many foes. However, these stand out as the worst of the worst.

Post-Crisis (May Also Include Pre-Crisis) (by order of appearance)

Recurring Villains
Legends of the Dark Knight
Advertisement:
Others