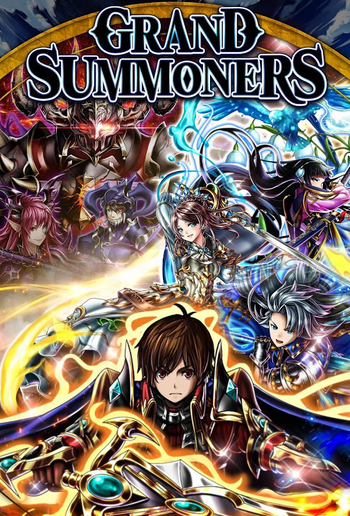 "This is a story of memories and bonds.

Raktehelm, a land where Gods and Demons once fought for supremacy.
Hundreds of years have passed since the end of the Great War and humans lived in peace.
However, these days of peace will come to an abrupt end when the once sealed Demons return..."
—Excerpt from Google Play Store page.

Dawn of the Breakers page proposal.
"We won't let things go as you please!"
—Yusaku Akagi 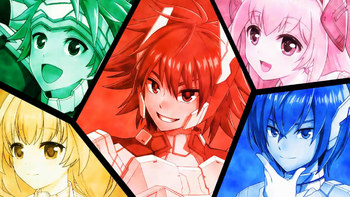 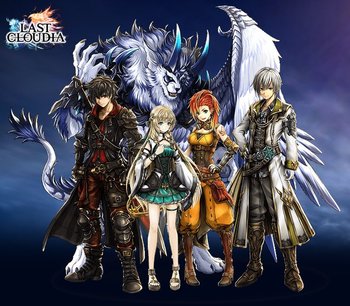 In the back. Rei. In the front from left to right: Kyle, Theria, Lilebette, and Zekus
"Granzelia, a world inhabited by both mankind and beasts.
A world once ruled by the God of Ruin, Loug Zeus.
The hero Adel with the Goddess Lilaha worked together to seal the God of Ruin away.
Our adventure begins many hundred years later.
The world has United peacefully under the Aldanian Empire that was founded by the descendants of the hero.
However, reports of mysterious beasts disturbing the peace have gotten more frequent.
Kyle and Rei, a knight and a beast in the 12th division, go on a certain mission.
Without knowing it, they embark on a quest that may change the world."
—Official Website

In-case Heavy Object gets one more of these punks, which is enough for a page
"I'll kill you! I'll kill every last person who mocks me!! Grab your guns and follow me. First is the Vanderbilt girl with her evidence! Once that's over and my position is stable, I can start a war with the Information Alliance... I'll kill them aaaaaaallllllllllllllllllllllllll!"
—Flag Eggnog during his breakdown, HeavyObject, Volume 11

Not even the Protagonists' homeland is completely free of these guys.

In the Event Phantasy Star gets enough CM keepers 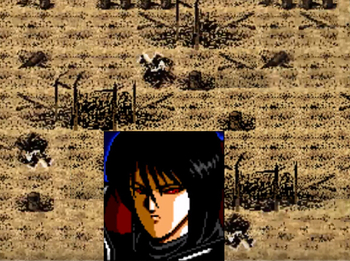 Total annihilation of life, What a fine thing! Death to all that lives! Destruction to all that has form! That is indeed my desire!

Vandor Saga Not an official name for this timeline

Images I've yet to use. 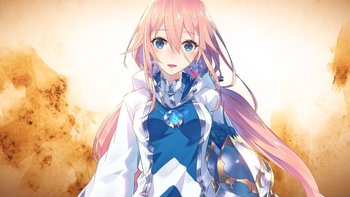 Total annihilation of life, What a fine thing! Death to all that lives! Destruction to all that has form! That is indeed my desire! 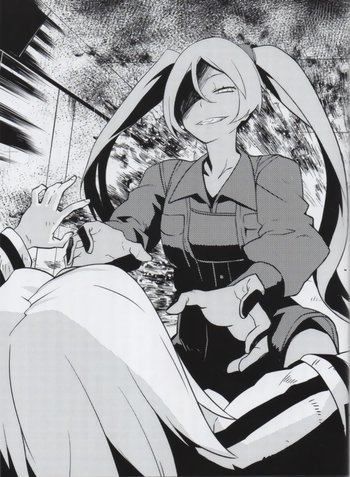 Only if she gets approved by the thread.
Potential CM quotes
Instructions 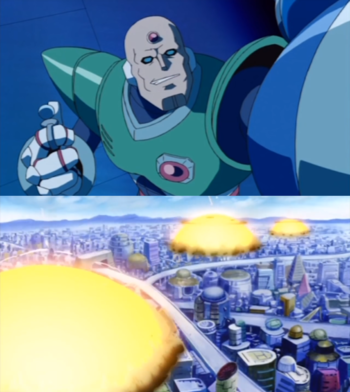 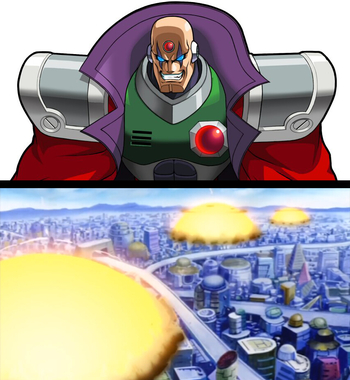 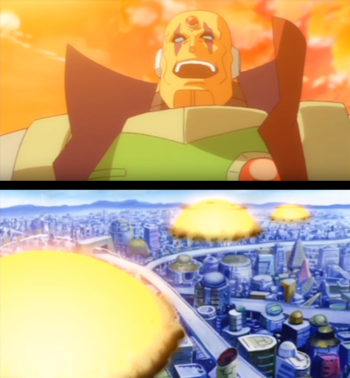 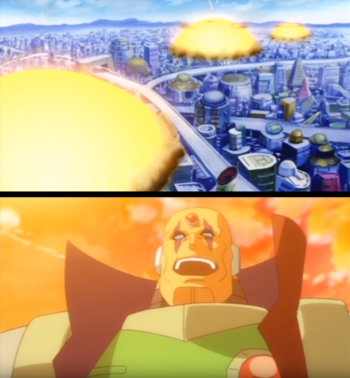 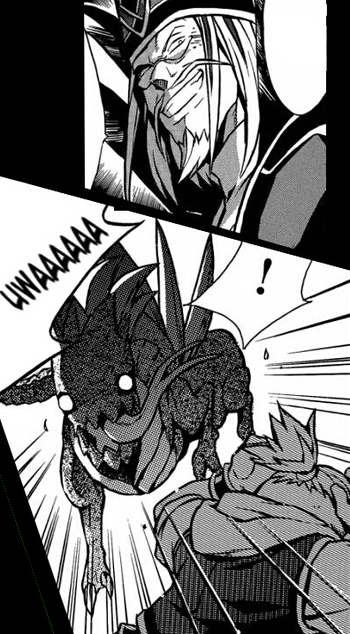 Magistrate Ragou has no issue feeding children to monsters
C Ms with disqualifying factors only touched upon in side materials/manuals/etc.