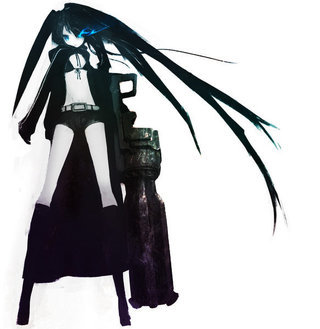 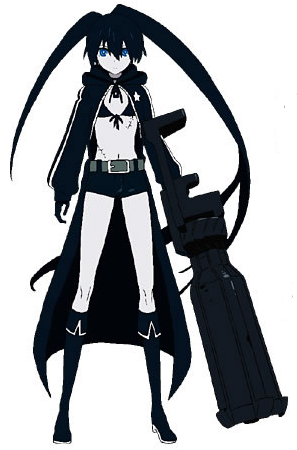 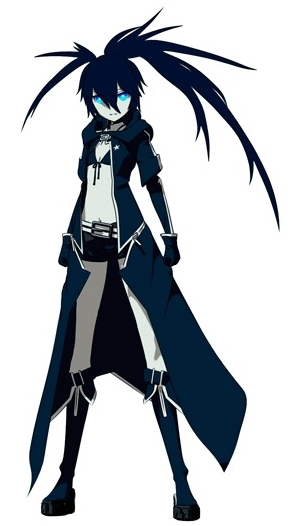 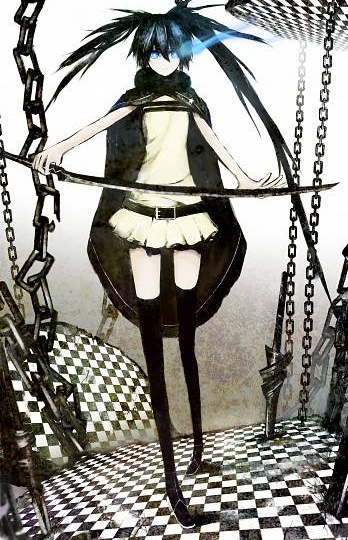 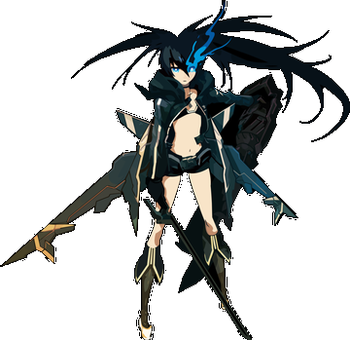 The main character of the franchise, Black★Rock Shooter is a girl with pale white skin and a massive gun. Because each work is an Alternate Continuity, her origins differ across each one.

A mysterious girl in the Otherworld who seems to be a good fighter, but does not give any reason for her fighting. Seems to be a silent hero.

In the 2012 anime, she represents Mato's desire to solve other people's problems and ignore her own, and thus goes on a rampage to kill "other selves" throughout the Otherworld. This causes Saya to panic and quickly traumatize the other girls in the hopes of awakening "other selves" to stop her progress and protect the Otherworld for the original Yuu. Mato ends up merging with her in Episode 5, but the shock of seeing Dead Master die transforms them into Insane Black★Rock Shooter (see below).

Black★Rock Shooter in this incarnation is Rock, a reaper who purifies the souls of those who stay in the Threshold, a purgatory-like world in the afterlife. She suffers from amnesia.

A mysterious Super Soldier who was awakened by the last surviving humans as their final trump card against the alien invasion. She awakens as a blank slate, being extremely naive and lacking direction. As time passes, she recovers her lost memories and discovers her motivation to fight. Her true name is "Stella", a clone of the alien being called "Sing Love". She was deliberately designed to be an imperfect clone, ironically giving her the ability to retain her memories and making her the grand culmination of White Rock Shooter's plot.
Dead Master
Dead Master/De-Chan/Dead 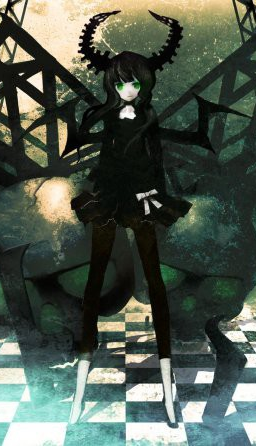 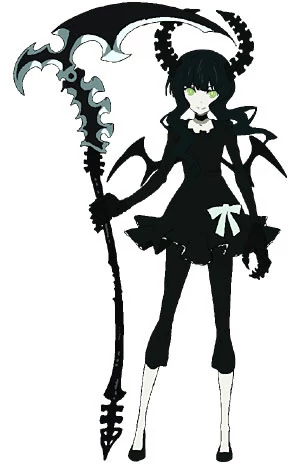 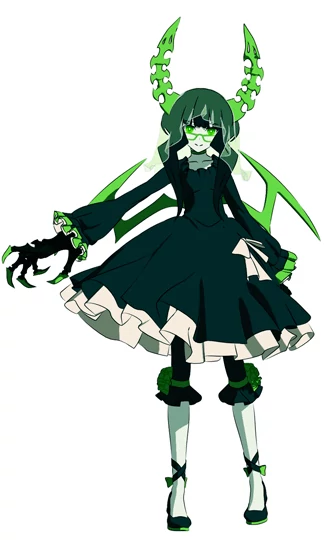 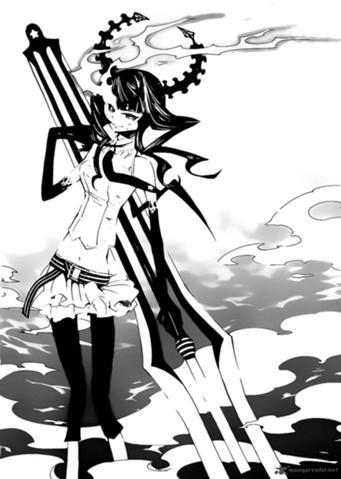 A green-eyed girl and Black★Rock Shooter's Arch-Enemy. She is the most prominent character in the franchise aside from the titular character.

A mysterious, ominous person who approaches Rock at the end of the first chapter.