Sandbox / How to Create a Works Page 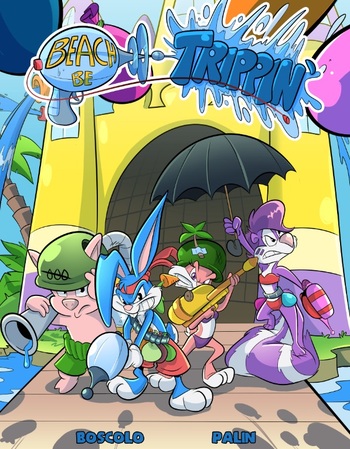 I love the smell of chlorine in the morning!
Advertisement:

You ever have those water fights on the beach or in your back yard? Well, this comic is that childhood pastime taken Up to Eleven.

Beach Be Trippin' is a Tiny Toon Adventures fancomic released in 2021. Written by Danny Palin and drawn by Andrea Boscolo, the same team who worked on How The Tiny Toons Saved Christmas, the story focuses on the same quartet of Babs and Buster Bunny (No relation), Hamton J. Pig and Fifi La Fume.

After getting kicked out of their vacation destination by rival school Perfecto Prep, the Toonsters retaliate by declaring war on them. Hilarity Ensues involving water pistols, water balloons and a bouncy castle.