A student around the same age as the main trio who has a rather notorious case of acne.

A student who, along with Jack Sloper, replaced Fred and George as Beaters for the Gryffindor team after they were banned from playing by Dolores Umbridge.

A student who, along with Andrew Kirke, replaced Fred and George as Beaters for the Gryffindor team after they were banned from playing by Dolores Umbridge.

A fourth-year student who joins the Quidditch team as a Beater in the 1996-1997 school year.

A student who joins the Quidditch team as a Beater in the 1996-1997 school year.

A student who joins the Quidditch team as a Chaser in the 1996-1997 school year. Harry notes she is particularly good at dodging Bludgers.

Ravenclaw's Prefect from Percy Weasley's year. She and Percy were in a relationship, and were named Head Girl and Boy at the end of their final year.

Ravenclaw student in the Trio's year. He is a member of Lockhart's Dueling Club in their second year, and later joins Dumbledore's Army. In the seventh book, he hears about the Trio's raid on Gringotts and escape on the dragon, and is beaten up by the Carrows for yelling about it in the Great Hall. He later participates in the Battle of Hogwarts. 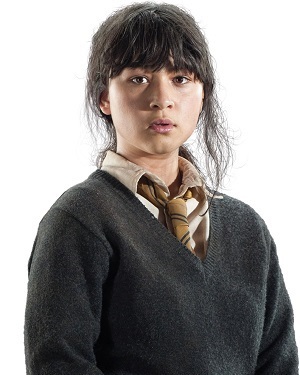 Leanne is a Hufflepuff student in the same year as Harry and his friends. A friend of Katie Bell who is present when she is injured by the cursed necklace. She later joins the student resistance at Hogwarts and fights in the final battle against Voldemort.

Order of the Phoenix

A witch who fought for the Order in both wars against Voldemort. She is murdered by Death Eaters during the second war.

"Don't these people realise what you've been through? What danger you are in? The unique position you hold in the hearts of the anti-Voldemort movement?"

A dark-haired with who is part of the Order and the Advance Guard sent to escort Harry. 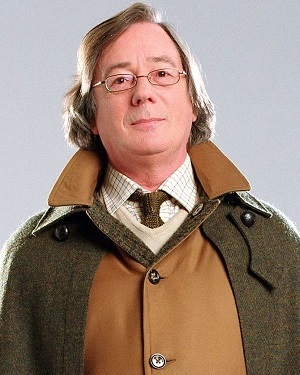 "Always modest, our Ced, always the gentleman... but the best man won, I'm sure Harry'd say the same, wouldn't you, eh? One falls off his broom, one stays on, it doesn't take a genius to tell which one's the better flier!"

A wizard in the Department for the Regulation and Control of Magical Creatures whose family lives near the Weasleys. His son Cedric goes to Hogwarts, and Amos is proud and ecstatic about his son becoming one of Hogwart's representatives in the Triwizard Tournament.

A muggle born wizard who attended Hogwarts and was a member of the "Slug Club", Cresswell rose to become Head of the Goblin Liaison Office. He was forced to go on the run after the Ministry was taken over by Voldemort.

Neville Longbottom's strict and proud grandmother who raised him after his parents were tortured into insanity by a group of Death Eaters after Voldemort's initial defeat. She is initially disappointed by her grandson's poor magical skills and timid personality, but grows proud of him as he gains in determination and strength during the second war against Voldemort.

"I'm not putting them on. I like a healthy breeze around my privates, thanks."

President of the Fresh Air Refreshes Totally (F.A.R.T.) movement, a group of wizards who refuse to wear muggle pants out in public, claiming that they "stem the magical flow at source". 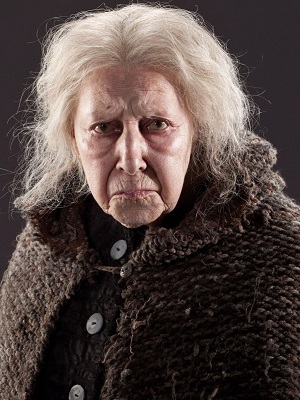 One of the most famous historians of the wizarding world, Bagshot is the author of A History of Magic and several other highly regarded books. She lives in Godric's Hollow and was a neighbor of both the Dumbledores and the Potters. 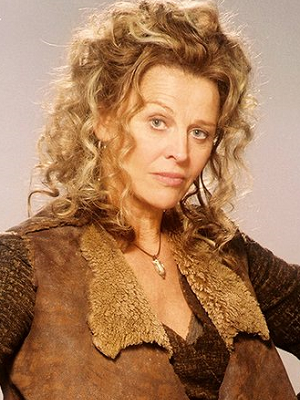 The landlady of the Three Broomsticks pub in Hogsmeade.

A muggle-born witch who is among those put on trial by Voldemort's regime. She is married to Reginald Cattermole and has three children: Maisie, Ellie, and Alfred.