"You will die, mortal!"
— Shao Kahn (making a promise he'll sure as hell keep) 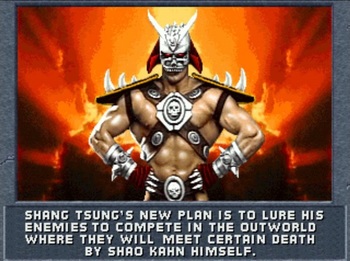 Indeed they will. Several times over, in fact!