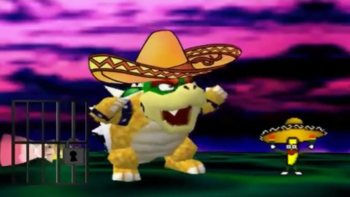 "If you wanna watch Bowser dancin’ with a sombrero while Peach is spinnin' around in a cage...you got it. Boom."

SMG4 have had many Running Gags throughout their time on YouTube.