Romance On The Set / Pro Wrestling 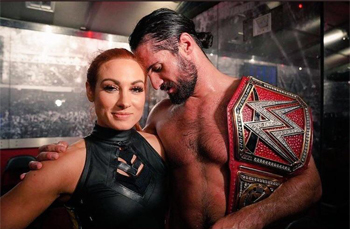 The Man and her man.
Advertisement: