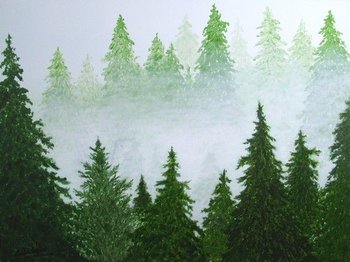 "This school was essentially founded on the idea that mainstream society doesn’t tend to work very well at nurturing us. This school sort of exists to do just that, put your abilities, or superpowers, or whatever, to the side; learn how to use them safety, and go from there in an encouraging environment."
Advertisement:

on a private discord server. The roleplay initially took the form of a forum-based roleplay thread on the forums themselves, posted on May 3rd of 2017. The original roleplay generated significant hype and became a hotly discussed topic in the forum's RP community. However, the original thread only got a few posts in before the GM was forced to close the roleplay due to real-life circumstances. The hype endured, and the original participants continued to discuss and theorize about the roleplay until it was relaunched on Discord as Yarrow on September 21st of 2019.

The story takes place in the eponymous town of Yarrow Run (alternatively known as Yarrow Falls, Yarrow Runs, or simply Yarrow depending on which local you ask), a lonely settlement deep in the foggy reaches of Washington State. The town is home to the Boarding Academy for Special Cases on Little Hill, an institution that houses teenagers in possession of supernatural abilities and specializes in acclimating them to society in light of the challenges they face.

The player characters, as the newest group of special cases brought to the school, are soon met with fellow "superpowered" students and administrative faculty alike. Friendship, drama, and the omnipotent aura of mystery await them within...

This roleplay also has a character sheet.