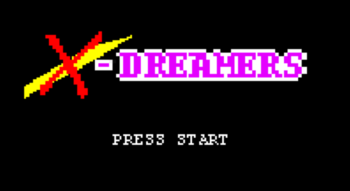 Where will the Gateway take you?
"If you've found yourself here, then we probably saved you from a fate that's a lot worse. The universe has gotten all loopy 'n stuff recently with dimensional portals getting ripped here and there, and we're part of an organization that works to patch things up!"

Something has happened to The Multiverse: Worlds are crashing into each other and heroes are getting tossed out of time and into different places. In the resulting chaos, enter the eXtra-Dimensional Restoration Squad (XDRS for short). As a group founded by Twilight Sparkle and housed on the Gateway to the Starry Skies, the XDRS' main objective is to collect what are known as World Anchors — important artifacts that are absolutely vital to each world's sustainability — and putting them back into their right places to put a stop to the ongoing decay of the multiverse.

Of course, this is all easier said than done. Hilarity Ensues.

The roleplay is run by TehUltimateMage and can be found here

Set in the city of Luthadel, from Mistborn: The Final Empire, the agents are tasked to secure an anchor that generates dangerous sand all while navigating a dangerous world of downtrodden people, deceitful nobles, and an oppressive tyrant.

Pascal needed to get some spare parts from Cid and get some food for all the exciting new people, and she thought it would be a good idea to bring everyone along for a shopping trip.