Roleplay / Shadows of the Mind 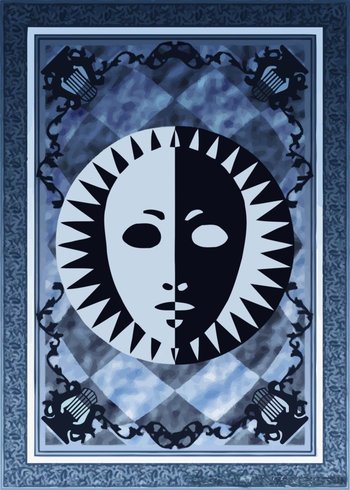 "When the master of the room greets you at night fall, speak to him the following phrase; 'In articulo mortis'. From thence you shall awaken to the truth within the world of your dreams."

Persona: Shadows of the Mind is a Play-by-Post roleplay on the Unofficial Elder Scrolls Pages

forum. Started in May of 2017, Shadows of the Mind emulates the games of the Persona series and features a group of high school students that are called upon by an occult phenomenon to face their destinies. Unlike the main game series, Shadows of the Mind takes place in Toronto, Canada as opposed to a city in Japan. The main cast of characters attends the private institution known as Horizon Academy, each of them pursuing their own academic goals (or lack thereof).

What the students assume will be a normal school year quickly breaks down as mysterious events begin to occur. They find themselves removed from the school databases as if they had never attended, and begin to have strange dreams that take place in a Velvet Room. The supposed murder of the mother of one of these students coincides with a descent into the world of the subconscious, a mysterious Dreamscape that the students can visit when they sleep. Within this world they discover the power of Persona, allowing them to call their psyche into physical form to do battle with the shadows that lurk within the dream world.

As the students (or summoners, as they come to be known in the narrative) balance their everyday lives with exploring the Dreamscape, they find that the occult threat facing them has far more drastic implications than they could have imagined...