Sayaka is specifically fated to die. It's your job to try and keep her from doing that. So again, good luck with that. 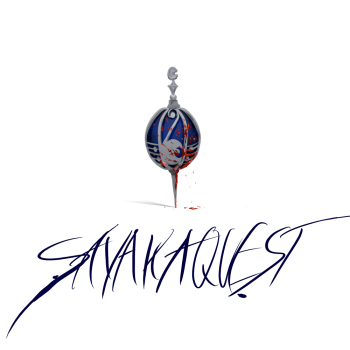 The Orchestra's Coming to Town
Advertisement:

Your name is Sayaka Miki.

Well, yeah. Yeah it is. You're pretty sure of that.

That's what your name has been for the past fourteen years. You're pretty certain that's what it's going to be for many more to come. You wake up, you yawn a little, and you get ready for school. Every day.

Well, that changed recently. A friend of yours died in a pretty gruesome way, and another couple of them would have died if you hadn't done something at the right moment.

So you became a Magical Girl.

How's that for saving your friends?

Such is the opening post of TheOneMoiderah's SayakaQuest, a Puella Magi Madoka Magica quest hosted for its first 9 parts on SpaceBattles, before moving over to Sufficient Velocity for the final chapter.

You (and the other posters) are "the decision-making processes" that make up Sayaka's mind, and your goal is to save her from Urobutcher's sadism as long as you can. The hows and whys are decided by your consensus and build up from there. The results are not only nerve-racking at times, but also provides much in the way of warmth, laughs, and awe.

The original quest ran from October 2013 to May 2015, with conversation continuing intermittently for some time after. However, in May 2019, almost 4 years after SQ's end, Moiderah posted Easy to Find - SayakaQuest 2, a full sequel set 20 years later. It is complete, and is hosted on Sufficient Velocity, as the original was at the end.

For other works by Moiderah, see Asuka Quest, SQ's predecessor, following a similar if more meta format, albeit focused on Evangelion, and Raging Sea of Flames, their current work, which started as a quest but has since been retooled as a webcomic.