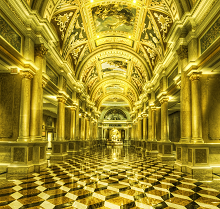 Welcome to Despair...
An up-and-coming Roleplay group based on Danganronpa: Trigger Happy Havoc, taking place in a museum! Unlike the predecessors before it, twenty-one students will be forced to murder each other! Isn't it great?