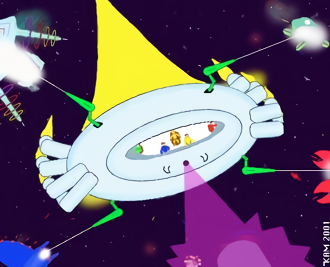 Here they come to save the day!
The League of Intergalactic Cosmic Champions, or LICC for short, was a round-robin, chaotic, zany superhero sci-fi spoof that ran for several years on the discussion boards of Nitcentral

LICC has examples of the following: