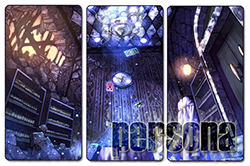 As long as you don't have a mix up with your evoker ...

Heartfelt is a Persona-Based roleplay found on the Gaia Online forums. The main thread can be found here

In the year 2015 twenty-four high school students from varies countries of the world have gathered at a school known as Mais Oui. At this school the students then join the safe school alliance or the SSA for short. Each of these students find out that they have the "potential", otherwise known as the special ability to summon a persona. They also learn that at midnight a strange phenomenon known as the Dark Hour occurs. During this period of time they must protect the school from being overrun by monsters called shadows. While each of these students initially balance their education and mission, there is a new discovery in which the shadows have escaped from hour long prison, thus changing the circumstances of the students. Unknown to these students there is one amongst them who carries a plot with them they may end up, not only destroying their mission, but destroying the world.