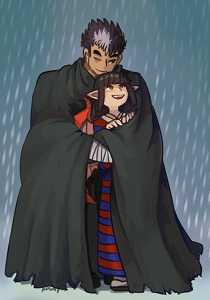 "No need to get those wings wet, Your Majesty."