Roleplay / Exec Save Them 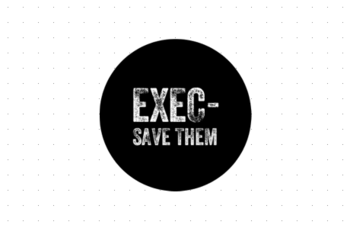 You are being watched.
INCOMING TRANSMISSION

We are being watched.

The government has a secret system - a machine - that spies on you every hour of every day. I know, because I built it. I designed the machine to detect acts of terror, but it sees everything, violent crimes involving ordinary people - people like you. The government considers these people irrelevant, but we don’t.

Victim, or perpetrator… If your number is up, we’ll find you.

is a closed Tumblr and Discord-based Danganronpa roleplay group, drawing inspiration from the TV series Person Of Interest. When twenty students are locked in an unknown facility, and are forced to kill each other off in order to escape, all seems lost, but then a pay phone rings... On the other end, a mechanized voice parrots numbers back at them. The same amount of numbers each time. Enough numbers... to match a student ID?

What could they mean? Given a student ID, can you protect your classmates? Or will you be forced to watch them die, and go to trial to find their killer? The choice is yours, whether to execute...or save them.

How can you even escape? What with a thousand eyes watching, and a million ears listening...

Exec- Save Them demonstrates these examples of tropes: