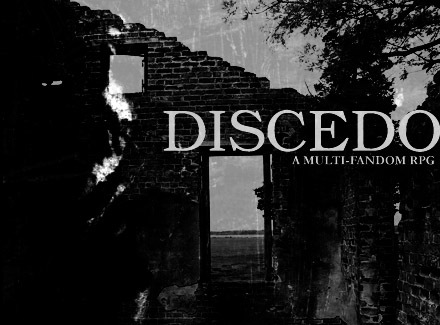 Let's see if we can get this to make sense.

A multifandom Livejournal roleplaying game set in the aftermath of an unknown apocolyptic event on a planet called Fortuna. Players control characters taken by a group of scientists to Fortuna, and dumped in the deteriorated remains of the city Discedo. Said characters struggle to survive through various events thrown at them by nature or the scientists themselves.

The game was originally located at LiveJournal

, but it then later moved to Dreamwidth

This article is still under heavy construction.

open/close all folders
Tropes related to the NPC Characters.

Tropes related to the rest of the game.