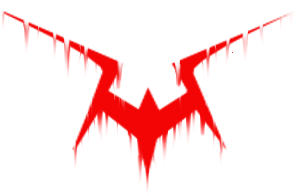 Sometimes the alternative to something terrible, is something far worse...

is an ongoing play-by-post roleplay forum organized by Crosswire on Fanfiction Dot Net. It takes place in an alternative universe where Lelouch's Geass didn’t go wild and Euphemia was never sent on a Geass induced homicidal rampage to kill all of the Japanese. The Special Administration Zone was established and the Black Knights prepare to disarm. Everything looked like it would turn out for the best until an attack by militant Britannians on the Zone resulted in a massacre of Japanese civilians.

The attack and others that followed, ruined Japan's faith in the project and what little they had for a political settlement with Britannia. The Zone collapsed and Euphemia became near catatonic with grief and withdrew from public view. The events sparked a massive debate within Britannia regarding the treatment of Numbers and the future direction of its empire.

Eleven weeks later and Britannia's citizenry, its elite and its soldiery are divided between the Conservatives and the Legitimates. The Black Knights have taken up arms again and Lelouch plots to ignite and use a civil war in Britannia to achieve vengeance.

All the while Euphemia struggles not to lose herself to guilt, Nunnally finds herself neglected by her brother and Shirley has to lie to her friends.

Everyone thought the Zone would solve everything, but it turns out the smoothest path is the rockiest just around the bend…