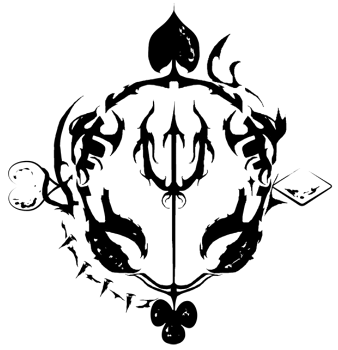 Somewhere, on a boat out on the horizon...
"I'M ON A BOAT, FUCK."
—Mako, shortly before her induction
Advertisement:

The South East Asian/Pacific Division doesn't have a stationary headquarters: instead, the entire division is located on a giant warship that cruises between the islands in the south pacific region. The boat is always on the move from one mission to the next, always on the lookout for potential incidents and adversaries.

With two-thirds of the team members below the age of 25 (three of them being teenagers), Pacific probably has the distinction of having the youngest mean age out of all the Cardian divisions. However, that doesn't mean that they are any less capable of tackling threats on their own. Deals with fae, pirate invasions, and a mysterious eye cult with members spread across Asia— the Pacific team has more than their fair share of enemies on the horizon.

The team members themselves are as close as family, as thick as thieves. But will their teamwork stand up to months of voyages and fighting against? After all, one who fights monsters may find themselves becoming monsters as well...

...And just who is that masked merchant genie, anyway?

The campaign started in early August 2014 and rebooted in July 2015 after a series of hiatuses, ending with Christmas 2014 in-game time. The reboot has a cast of both returning characters and new characters, although their relationships and their respective backstories may have changed. Some characters from the original Cardians Pacific do not return. The reboot page can be found here.