Roleplay / Brilliant Despair: A Heartbreaking Voyage through a Deceptive Sea 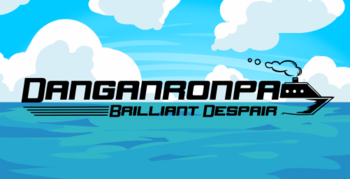 Surrounded by the boundless expanse of the sea, it's all too simple to lose yourself to grief...
"You couldn't believe it when it came in the mail, your very own invitation into the 79th class of Hope's Peak! But two months before school was due to start, you received a special message. It detailed an all-inclusive paid vacation on a private resort liner, the Radiant Sapphire. And better yet, the entire cruise would be reserved for just you and your soon-to-be classmates! So pack your bags and get ready to set sail alongside fifteen others on an experience only worthy of an Ultimate, but just remember, everything might not be clear skies and smooth sailing..."

Brilliant Despair: A Heartbreaking Voyage through a Deceptive Sea

is a discord-based Danganronpa roleplay group, featuring a cast of sixteen original characters making up the 79th class of Hope’s Peak. Invited to a special luxury cruise vacation before they start their first semester, things go awry (in traditional Danganronpa fashion) when they find themselves trapped aboard the Radiant Sapphire, tormented by two questionably-sinister anthropomorphic sea creatures who lay out the rules of this game.

As the captain takes the sixteen students from island to island, there will be absolutely no escape, and the students will never see anyone they know or love again unless they manage to escape. The only way to win freedom? Simple: all they have to do is kill someone, and get away with it scot-free! Find success, and your expenses have finally been paid and you can leave the ocean liner. But get picked out as the killer, and an unfortunate end awaits you. With the rules laid out and an endless blue sea keeping them captive, the Cruise Trip of Mutual Killing begins…