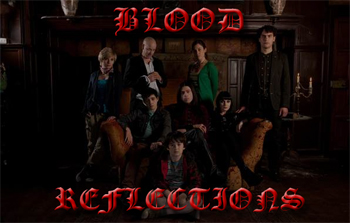 Not the only characters (or even the only fandom) by far
Advertisement:

is a Play-by-Post game based on various different vampire fandoms (as well as a few non-vampire ones), with the primary fandom being Young Dracula.

Set immediately after Season 3 of Young Dracula, the site's main plot is currently focused on Vladimir "Vladdy" Dracula, the vampire Chosen One , prophesised to bring the vampires out of hiding, and his rapidly approaching 18th birthday, which will signal his ascension to the head of the Vampire High Council.

Of course, Vlad's attitude towards "breathers" will leave quite a few vampires wanting nothing to do with his plans. Vlad certainly has a lot of work ahead of him.

And then, there's the curious development that Vlad's best friend, Robin Branagh, has been missing from his home in Stokely for months now...