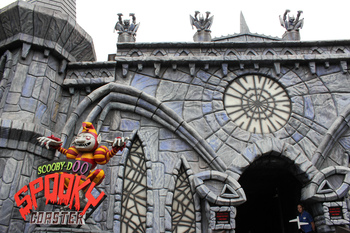 A 2002 roller coaster based on Scooby-Doo that is part of WB Movie World. It was updated in 2018 with added effects and updated mechanics.