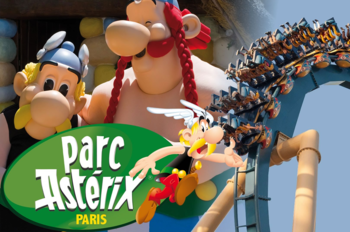 In 1981, Albert Uderzo visited Disneyland in Anaheim. Following the example of his longtime idol Walt Disney, Uderzo got the idea of creating a French park that would be themed after the universe of the iconic comic book hero he created with the late René Goscinny, Asterix the Gaul.

Following a few years of planning, market studies and designing, the Parc Asterix was built in Plailly (about 30 kilometers from Paris) and opened in 1989. As of 2018, it was the fifth most visited theme park in France with about 2 million guests.