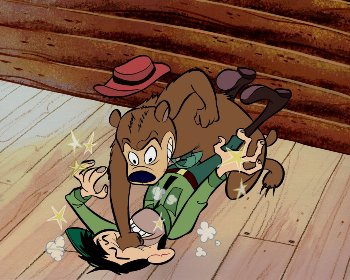 More demented than the average bear!

As one of the more popular and memorable Hanna-Barbera cartoon stars, Yogi Bear has seen more than his fair share of Shout Outs.