Referenced By / The Shining 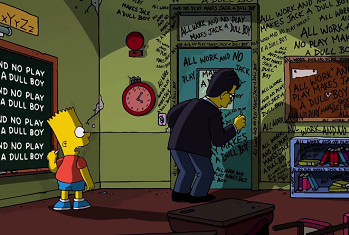 "An iconic piece of horror cinema...that was probably scary before it got parodied to death."
— Jon Bailey, Honest Trailers
Advertisement:

The Shining has become a major part of the pop culture landscape (despite Stephen King's initial hatred of the film) that you may have encountered at least one film or show that's referenced it in one form or another in your lifetime. Not unlike James Bond, it's basically one of the few pieces of media out there where you can make shout outs to, and almost everyone that sees them will recognize the references instantly, even the people that may not have seen the work for themselves yet.