Referenced By / The Beatles 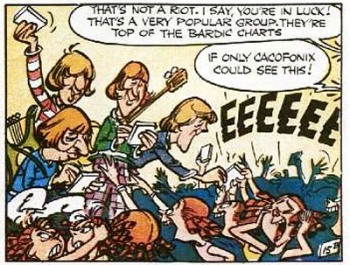 A list of references to a creative work by The Beatles. These references mostly will be to one of the group's songs but also includes their album covers and movies. It also encompasses the solo projects of John Lennon, Paul McCartney, George Harrison, and Ringo Starr.

For specific visual examples common enough to deserve their own subtropes, see: