Referenced By / Swing, You Sinners! 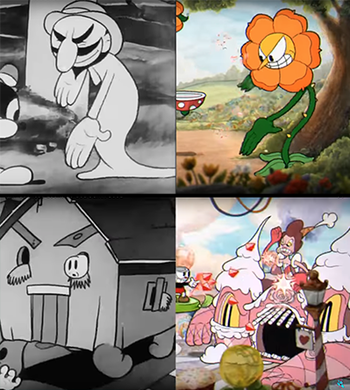 Swing, You Sinners! on the left and Cuphead on the right
Advertisement:

Shout Outs and other references to the classic animated Bimbo short Swing, You Sinners!.

Bimbo's Initiation is another classic Bimbo cartoon with its own Referenced by... page.