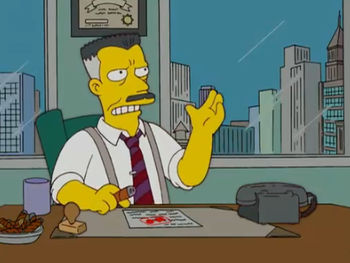 "God, I love this business."
Advertisement:

Spider-Man is one of the most well-known Marvel Comics characters of all time. Naturally, the character and other media has been referenced in tons of works since the comics came out.