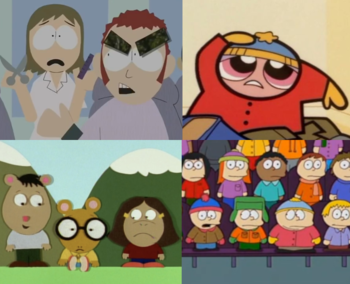 I'm going down to Mabase/Townsville/Elwood/Springfield, gonna have myself a time!
South Park has been running for over 20 years, so it's only natural that the show would be referenced a lot in pop culture.Anime
Advertisement: