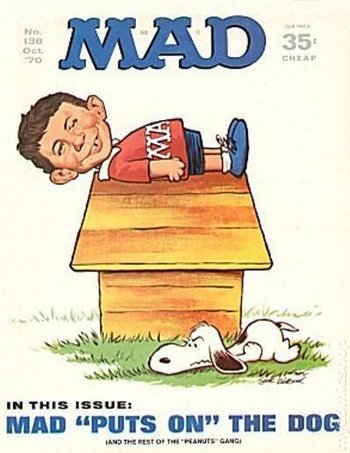 Typical shout-outs will occur of having Charlie Brown and/or Snoopy make a cameo, a character sleeping on the top of his roof à la Snoopy, someone saying "Good grief!" in a world-weary tone, Snoopy's bizarre dance or references to the animated Peanuts cartoons.