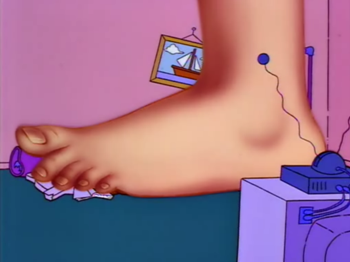 As one of the most influential, popular and groundbreaking comedy teams, sketch series and film franchise of all time Monty Python has had its fair share of shout-outs. We list both references to the TV series, as well as the films, songs, albums and individual sketches here. Monty Python and the Holy Grail has its own subpage.