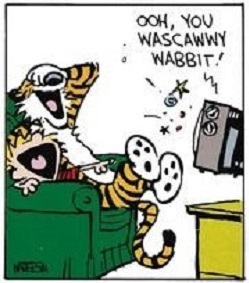 The Looney Tunes cartoons are some of the most popular cartoons in history, and are frequently referenced in pop culture as a result.