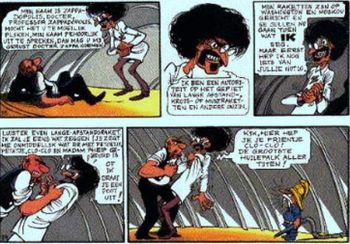 A list of various references, shout-outs, homages, winks, parodies and other stuff to Frank Zappa.