Referenced By / E.T. the Extra-Terrestrial 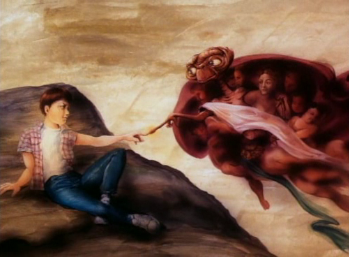 E.T. and Elliot touching fingers is to '80s film as The Creation of Adam is to the Renaissance. And naturally, they go together like chocolate and peanut butter.
Advertising
Advertisement: