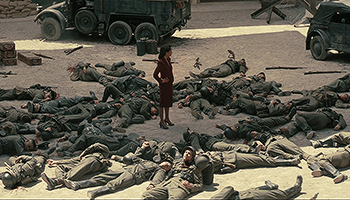 As the world falls into chaos, Serac gains control of Delos, changing Charlotte's plan; Maeve gets one last chance to stop Dolores; William starts his therapy.