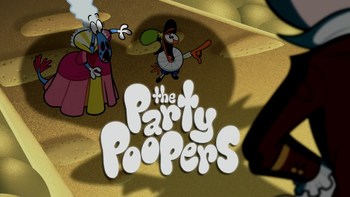 Wander fights a massive case of the giggles while trying to impress a race of beings with unusual faces.

Tropes appearing in The Party Poopers 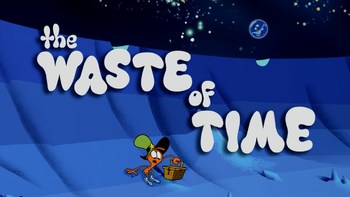 When Wander and Sylvia accidentally buy Time Orbbles, Sylvia must keep Wander focused or risk being lost in time forever.

Tropes appearing in The Waste of Time