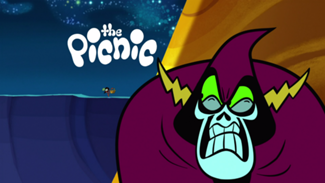 Hater, in a worse mood than usual.
Advertisement:

Lord Hater wants to take over the universe via a wish granted from a cosmic being, but Wander merrily arrives and declares that he's going to have a picnic in the exact same spot Hater is planning to conquer. Oh, and Emperor Awesome is also there to grab the wish, and he's brought his Fist Fighters with him. Lord Hater is having a bad day...

Note: Disney Channel advertised this episode as a "series preview" and was the first aired.

Tropes appearing in "The Picnic": 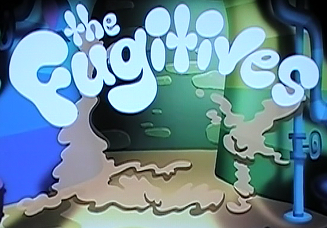 Now you see them, now you don't: Sylvia and Wander have just skedaddled.

Wander and Sylvia have to get off a planet ruled by Hater, but Wander's Chronic Hero Syndrome makes things a bit difficult.

Tropes appearing in "The Fugitives":