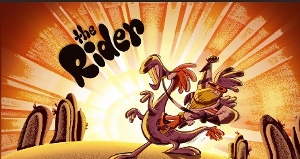 When Sylvia's old partner Ryder comes back to work with Sylvia, Wander wonders if Ryder is a better partner for Sylvia than he is.

Tropes appearing in "The Rider":