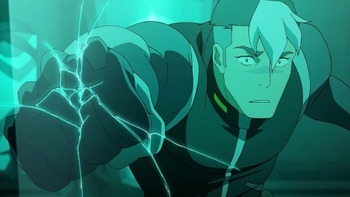 Sendak: Do you really think, a monster like you could be a paladin of Voltron?!

Sendak's Galra crystal turns the Castle of Lions against its crew by corrupting its technology, including the AI of Allura's father, Alfor.