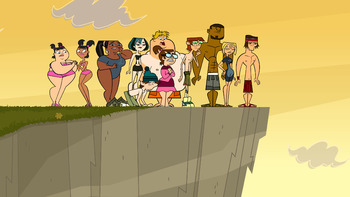 The campers face their first challenge: a dive into shark infested waters, followed by their second: hefting crates to build a hot tub.