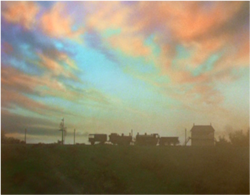 Douglas tells Edward off for wasting time by talking to Trevor, but Edward shuts him up by telling him they have something in common - they have both escaped from scrap.

Douglas is later taking a goods train to the Other Railway when a stranded and rusted steam engine named Oliver begs him to take him to the North Western Railway. Douglas is glad to help, and they manage to get to the works despite being stopped by an Other Railway foreman.

The Fat Controller soon finds out, and arranges for Oliver and his brakevan, Toad, to be mended and repainted to work on Duck's branch line.